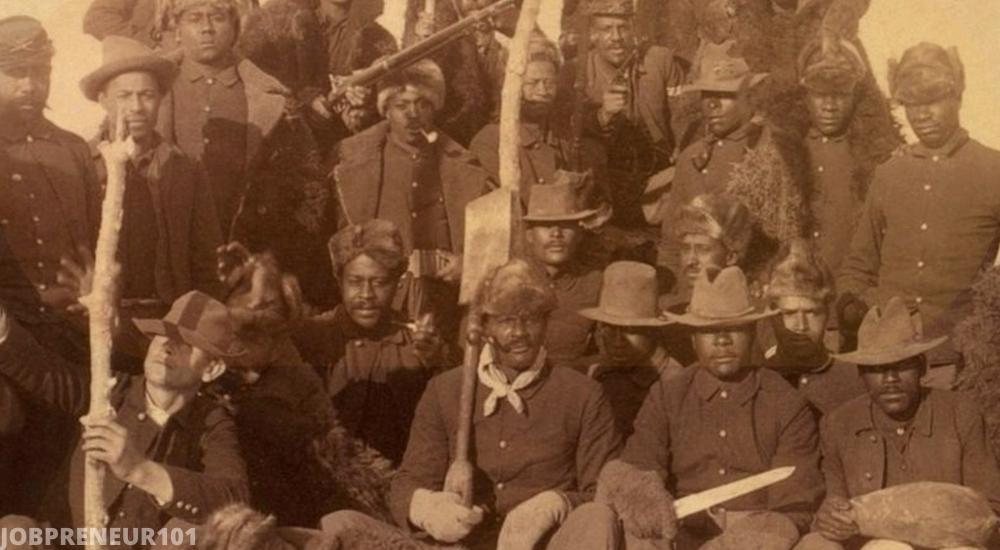 July 28 is the day of NATIONAL BUFFALO SOLDIERS DAY 2022, commemorated to honor the service of African American soldiers in securing order, protecting settlers, building roads, guarding national parts, etc. It was first established after the civil war on 1866, and this date also memorializes the action taken by Congress on July 28, 1866.

For the unversed, the first all-Black army regiment was primarily established after the Civil War to maintain law and order in the Wild West. Despite facing several odds and challenges, they were determined to offer a distinct service to the nation. Talking about the same, the buffalo soldiers had incredibly low rates of disloyal and treacherous incidents while facing the dangerous environment, high prevalence of robbers, and other natural threats.

Today, remembered July 28 as the stepping stone to honor Buffalo soldiers Day as a service in helping our country stay safe and being a groundbreaking step towards greater racial equality in the military.

This date memorializes the action taken by Congress on July 28, 1866, to establish the 9th and 10th Cavalry Regiments and the 38th, 39th, 40th, and 41st Infantry Regiments. In his proclamation, President Bush said, “Despite suffering the discrimination and the injustice that plagued all black Americans during the days of segregation, the members of the 9th and 10th Cavalry regiments served with pride and distinction.”

The 10th Cavalry Regiment, one of these units, was activated at Fort Leavenworth, Kansas. Soon afterward, its troops headed west and served in the deserts of Arizona and New Mexico, as well as the Great Plains. During the Spanish-American War, these soldiers are arguably best remembered for daring to charge up San Juan Hill in Cuba. The majority of those enlisted in the 10th Cavalry were from northern places, including Pittsburgh, Philadelphia, and Boston. A total of eight of them received the Medal of Honor.

In Greenville, Louisiana, and Fort Leavenworth, Buffalo Soldier regiments were established so that African American former slaves, Civil War veterans, and free men may serve the country in the military on an ongoing basis. These Americans contributed significantly to the westward development of the United States by safeguarding settlers, engaging in combat actions, and building a significant portion of the infrastructure required for the developing republic.

Among the first to work as park rangers in America’s national parks were Buffalo Soldiers. Until the armed forces were united in 1952, the Army had over 180,000 Buffalo Soldiers on staff. Because Cheyenne warriors who saw them in action claimed they battled with the ferocity and might of buffalos, they earned the nickname “Buffalo Soldiers.”

The Indian Wars, a series of conflicts and skirmishes that took place as White settlers encroached on the territory of Native American Indians, maybe the event for which the buffalo soldiers are most known. The Native American Indians were largely subdued over the course of more than ten years by the buffalo soldiers, with the 10th Cavalry even joining the 9th in Texas. The minuscule but mighty buffalo troops made up no less than 20% of the US Cavalry men that fought in these conflicts!

The buffalo troops had to deal with different kinds of tasks following the Indian Wars. National parks like Yosemite were vital in preventing hostile people like poachers as they were being developed. In reaction to the Spanish-American War, the Cavalry and certain infantry battalions were later relocated to Florida. They continued to serve in the military in locations including the Philippines, the Pacific zone of World War II, and along the Mexican border, despite the fact that they encountered racism at every turn.

By the 1950s, the buffalo soldiers had been reassigned to other units after racial segregation in the military was repealed in the late 1940s. But what they left behind was undeniable. After the smoke cleared, 14 buffalo troopers received the Medal of Honor for their clearly significant contributions to ensuring the safety of settlers and infrastructure. They were heroic guys who we now respect as role models in history.

In 1992, Gen. Colin Powell, then the Chairman of the Joint Chiefs of Staff, dedicated the Buffalo Soldier Commemorative Area on Fort Leavenworth. “Look at this statue, look at him. Imagine him in his coat of blue, on his horse, soldier of the nation, eagles on his buttons, crossed sabers on his canteen, a rifle in his hand, pistol on his hip, courageous iron will. He was every bit the soldier that his white brother was.

He showed that the theory of inequality must be wrong. He could not be denied his rights.” Powell concluded, “The soldier you see here represents all of our beloved America, what we were in the past, what we are now, and most important of all, what we can be, what we must be tomorrow.” The Buffalo Soldier Museum is located in Houston, Texas.

On September 6, 2005, the oldest living Buffalo Soldier died. Mark Matthews lived to be 111 years old. For his dedicated services, he was laid to rest at Arlington National Cemetery.

How to Celebrate Buffalo Soldiers Day 2022?

Individuals of color still face the challenge of racism in America, so you can educate and make aware the people and yourselves about how to eradicate the racial segregation problems.

More so, you can post images on social media with the #BuffaloSoldiersDay to encourage more people to learn about their history and respect their heroic bravery, valor, and courage. For this, you can visit a monument and museum close to you and click a picture of it. There is even a Buffalo Soldiers National Museum in Houston, Texas!

You can also honor the African American soldiers by flying a flag. Despite several odds and challenges in their way, they showed distinct determination and legacy during the Spanish-American War, Indian Wars, and other wars.

Q. What is the story behind Buffalo Soldier?

Ans- After the civil war, Congress established African-American regiments in 1866 so that they could contribute their part in rebuilding the country & fight on the western frontier during the Plains War. The ferocious way of fighting against the soldiers & resembles of their attire and attitude were referred to as Buffalo, so these helped them to earn the name Buffalo Soldiers.

Ans- No, all the Buffalo soldiers’ regiments were diluted into the White Units after passing Executive Order 9981. With this order, President Truman officially ended racial segregation in the United States Armed Forces. For the unversed, On September 6, 2005, the oldest living Buffalo Soldier, Mark Matthews, of 111 years, died. For his dedicated services, he was laid to rest at Arlington National Cemetery.

Q. What year did the Buffalo Soldiers start?

Ans- The Buffalo Soldiers was started in 1866.

Q. What are Buffalo Soldiers best known for?

Ans- They were the most loyal, courageous, and brave soldiers who offered distinct services in US Army.