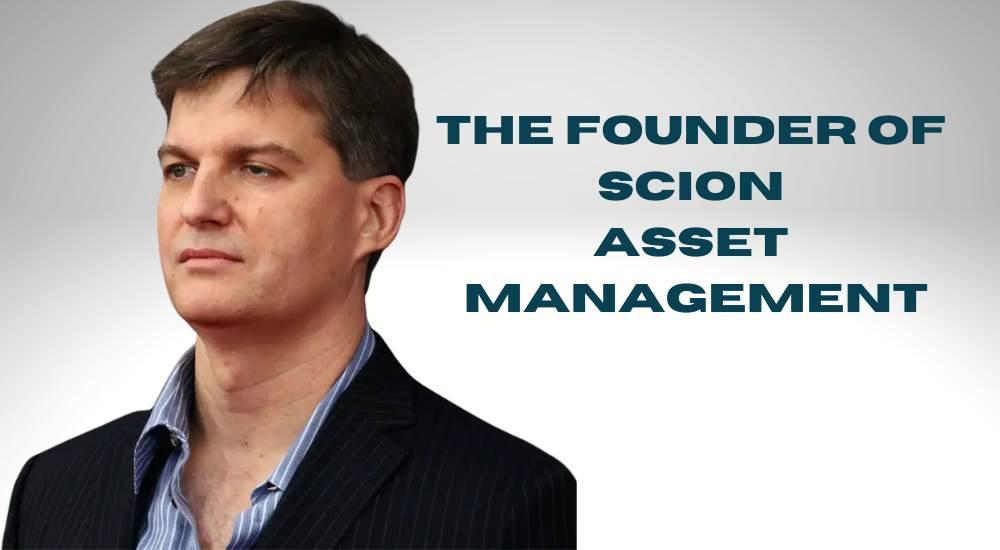 Michael Burry, or Michael James Burry, is the boss of a hedge fund. More so, he is the founder & CEO of the investment fund Scion Asset Management. With his financial vision, he earned extraordinary profits for himself and his investors. There are many things to know about this hedge fund genius.

In this article, we will explore the bases of investment he employed to make a huge profit and shot to fame. Apart from this, we will also come to know about Michael Burry Net worth, Children, wife & disorder he is facing. So, let’s get started:

What is Michael Burry known for?

Michael Burry is well known for his decisive step taken in the investment. Rose to national prominence, he has picked the right stocks at the right moment. Talking about the same, he made huge profits while the United States of America was facing recession. Not for only himself but even for the investors who believed in his excellence and visionary prediction in stock picks.

I would let you know an instance when Michael Bury earned considerable returns from his stock picks. When S&P fell by 11.8% in the year 2001, Scion Capital was returning returns to its investors of 55%. This is one of many cases where he brings huge returns. There are several instances where he proved his excellent prediction ability.

Michael Burry, the prominent hedge fund boss, lived his early life in San Jose, California, and attended his teenage schooling at Santa Teresa High School. He is currently a nationally prominent individual, but he suffered a lot in his childhood. For the unversed, while he was 2 years old, Michael Bury lost his left eye due to retinoblastoma cancer. And since then, he fixed a prosthetic (artificial) eye in place of the damaged eye.

Michael James Bury’s interests in finance and similar things reflect in his middle school and graduation. Investing was initially a hobby for Michael James, but with time it engulfed him more into it.

Michael Bury, now also called an Economic doomsayer, joined the University of California for his higher studies. He there studied economics and his pre-medical studies. He then obtained a Doctor of Medicine (MD) degree from the Vanderbilt University School of Medicine.

While he was doing his residency training in Neurology and Pathology, his interest in investing grew exponentially for Michael Bury. He used to engage in financial investing activities when he was off duty at night. His determination, excellent vision, and obsession with finance make him reach this significant position.

The Scion Asset Management founder has repeatedly proven himself as a value investor. More than once, he brings sizeable returns of profit from the right stock picks. Being stand as a value investor in the world, Michael James Bury always states that he entirely bases his financial decisions on the “margin of safety” concept put out by David L. Dodd and Benjamin Graham.

For those, who don’t have an idea of what “Margin of Safety” means, I have given an overview of it. The gap between an asset’s price and its actual worth is known as the margin of safety. Finding assets whose intrinsic worth is higher than their price is the goal of this margin of Safety concept. It is done with the hope that, in the long run, the asset will reach or even surpass the price that reflects that actual value.

For the uninitiated, he started more engrossingly in the finance sector when he was practicing Neurology and Pathology at Stanford University Medical Center. The hedge fund boss used to involve in financing activities when he was off duty. He didn’t complete his pathology residency training and started his hedge fund company.

By the time he left his residency training, Michael Bury had gained a lot of reputation in the investment sector with his correct stock picks and bringing good returns. Even his reputation and success in value investing (specifically the right stock picks) brought several interested companies & investors to his table. The most popular companies include Vanguard, White Mountains Insurance Group, and prominent investors such as Joel Greenblatt.

With the assets he has and loans from his family, Burry started his own hedge fund, Scion Capital, in 2000. His extraordinary vision and ability to stock pick made him rise to the national prominence of the United States of America. Interestingly, right after the launching of Scion Capital, Burry earned considerable profits for his investors.

Michael James Burry, immortalized in the Movie “The Big Short,” has made huge income with his professional investing career. Right after the establishment of the hedge fund Scion Capital, he made extraordinary profits for himself and his investors. There are many instances where he comes out as the visionary hedge fund boss.

Apart from these, there are examples when the overall return on profit by the company outperformed the growth of the market. For instance, when the stock market recovered in 2003 and increased by 28.69%, Michael Burry’s intelligent decision outperformed the rise of the market as a whole, and as a result, his entire return for the year was 50%.

He earned a good profit in the great subprime credit crisis in 2008-2009. He analyzed the subprime market and subprime mortgage practices. Upon realizing the existence of the real state bubble, he projected its deflation in 2007.

In an effort to capitalize on the crisis, he was successful in persuading two big banks to issue CDIs that he could then sell. With the help of this bold action, Michael Burry solidified his reputation as a financial genius, earning him and his investors a profit of around $1 billion during the big subprime credit crisis of 2008–2009.

He then closed down his company, Scion Capital, and started his personal investment. In 2013, James Burry reopened his hedge fund company, but with the name Scion Asset Management.

Michael James Burry, the hedge fund boss, now rose to a prominent individual in the investing realm. He is mostly working on his new hedge company. The new investment fund, Scion Management, primarily focuses on bets towards gold, small technologies, and agricultural land.

In a recent interview, The Big Short investor Michael Burry warns the US is doomed to a ‘multi-year recession. Burry, a vociferous economic doomsayer, has warned that the US stock market is currently experiencing a severe economic downturn.

At the moment, Michael James Bury lives in Saratoga, California. He is a married man with children. The name of his wife is still not in the public domain. Once we come to know about her, we will point it out here.

With their wedlock, they have even children. His son, unfortunately, became the victim of Asperger syndrome. However, he was diagnosed with Asperger syndrome. Talking about Asperger syndrome, it is a rare neurological condition that makes it challenging for a patient to interact socially and use nonverbal communication.

Following the diagnosis of his kid, Michael Bury now believes that he also has Asperger’s syndrome. Burry come to this conclusion after analyzing the disorders. He mentioned that when he was younger, it required a lot of effort for him to look people in the eyes.

Despite having several of these health issues and witnessing his kid struggle with Asperger syndrome, Michael continues to live his life and progressively builds up his huge wealth.

Q. Does Michael Burry have a disability?

Ans- Yes! Michael Bury does have a disability. His left eye has been replaced with a prosthetic eye due to retinoblastoma cancer.

Q How much did Michael Burry make?

Ans- Michael Burry has made millions of dollars from value investing.

Ans- No! He closed down the hedge fund Scion Capital in 2008. But, in 2013, Burry reopened his new hedge fund with the name Scion Asset Management.

Q. What is Michael Burry net worth?

Ans- Michael Burry Net worth is estimated at around 300 million US dollars.

Q. What are Michael Burry’s Portfolios?

Ans- The Michael Burry Portfolios still need to be revealed.

Ans- Before or around the beginning of December 2020, Burry started taking short positions on Tesla. Burry expected that Tesla’s stock would burst like the housing bubble, but instead, its value increased 100%. He then admitted that he had stopped shorting it.

Ans- Michael James Burry never revealed what cryptos he is holding right now. Therefore, we are still unaware of it.