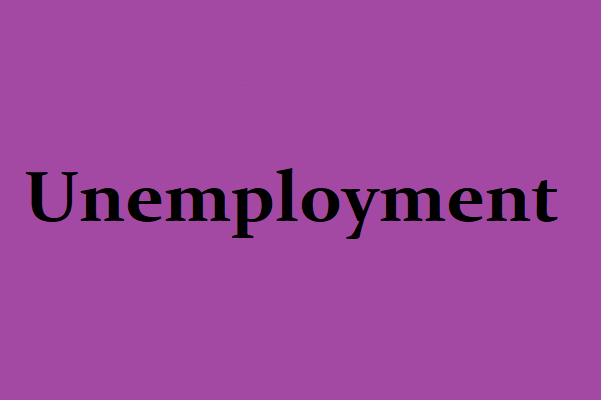 Unemployment is the situation in which the individuals are looking for a job, but cannot find a job. It is the major issue in India. Every politician put this in their manifestos. They always promise before the election to the people that if they vote in power, he or she will definitely increase the post and would decrease the unemployment. But their promise was just only the spoken of words.

1. Lack of the Stock of Physical Capital:

The major cause of unemployment and under employment in underdeveloped countries like India is the deficiency of the stock of the Capital in relation to the needs of the growing labour force. The man in the modern world can hardly do any productive thing by himself. Earlier, the primitive man needed some elementary tools like bow and arrow to engage in hunting for the earning of his livelihood. But, with the increase of the technology and specialization, man needs much more capital to engage in the productive activity. Suppose, if a man is agriculturist, he needs a piece of land, a pair of oxen, plough and some food grains. But, during the period of sowing to the reaping of the harvest, they need some necessities thing of life to sustain.

If a man is work in the industrial sector, he needs factories to work in and the specialized machines to work with. These aids to production belong to the community’s stock of capital. Since the Working power or forces increases at faster rate, then all the labour force cannot be employed because of not enough instruments of production would be there to employ them. The resulting unemployment is known as the long-term or chronic unemployment.

Due to which, the post becomes limited for the newcomer of the country, hence they could not get employ. This manifest itself in two things. First the prevalence of large-scale open unemployment in urban areas as evidenced by the statistics of employment exchange. Second one, it manifests itself in the form of upon unemployment in rural.

2. Use of Capital-Intensive Techniques:

So, the availability of cheap capital has tended to encourage the modern small-scale industries to use the capital-intensive methods of production and this reduce the employment potential or labour force.

Even in the agricultural field, despite there is the existence of abundance of labour has been reduced due to the reckless mechanization of agricultural operations at cheap capital. This has reduced the employment potential or labour forces.

(i) Lower rate of interest.

In India, the distribution of land is unequal. Land which is the most important asset for the agricultural households have not access of it. This increase the unemployment.

India is an underdeveloped country and economic growth is slow. This slow growth fails to provide enough employment opportunities to the increasing population.

Population of India is increasing year after year with manifold. Increasing population in India is one of the main factors of increasing unemployment.

Impact on the economics of India

Unemployment is universally recognized as the undesirable. It can not be erased completely but can be reduced at very extent.

1. Unemployment Cost to the Individual:

Unemployed individuals are unable to earn money to meet financial requirement for their family and for himself. Unemployment increases the negative psychological impact on the unemployed people. It increases the susceptibility of the cardiovascular diseases, anxiety disorders, depression and suicide. Unemployed people have higher rates of poor diet, alcoholic beverages consumption, drug use etc.

Prolonged unemployment can lead to an erosion of skills. At the same time, the experience of unemployment (either direct or indirect) can alter how workers plan for their futures. It affects unemployed people mind, less willing to invest the money when there is the requirement of money for jobs. On a similar note, the absence of income created by unemployment can force families to deny educational opportunities to their children and deprive the economy of those future skills.

Another impact of the unemployment on individual is that it forces the individual to work in that job which is below their ability or that does not match with their educational qualification. Due to lack of financial resources, and social responsibilities, they take the jobs. Later, the individual come under the anxiety. Anxiety push the individual into the depression and more stress.

2. Unemployment Cost to the Society:

Unemployment affect people interaction with the society. Studies have shown that times of elevated unemployment often correlate both with less involvement in community services and higher crime. Elevated crime makes sense because, not involve in wage-paying job, people may turn to crime to meet their economic needs or simply to reduce boredom. Less involvement in the community services or volunteerism declines might have many different causes. But being jobless, have negative psychological impacts on the unemployed people. It fixes hatred in unemployed toward the people who do job.

3. Unemployment Cost to the Country:

Unemployment is also a dangerous state for the U.S. economy. Over 70% of what the U.S. economy produces goes to personal consumption and unemployed workers. Even those receiving government support cannot spend at prior levels. The production of those workers leaves the economy, which reduces the GDP and moves the country away from the efficient allocation of its resources.

It is also worth noting that companies pay a price for high unemployment as well. Unemployment benefits are financed largely by taxes assessed on businesses. When unemployment is high, states will often look to replenish their financial reserves by increasing their taxation on businesses. Companies face less demand of their products, and also it is very expensive to hire the workers. In counter to the taxation companies stop hiring more workers