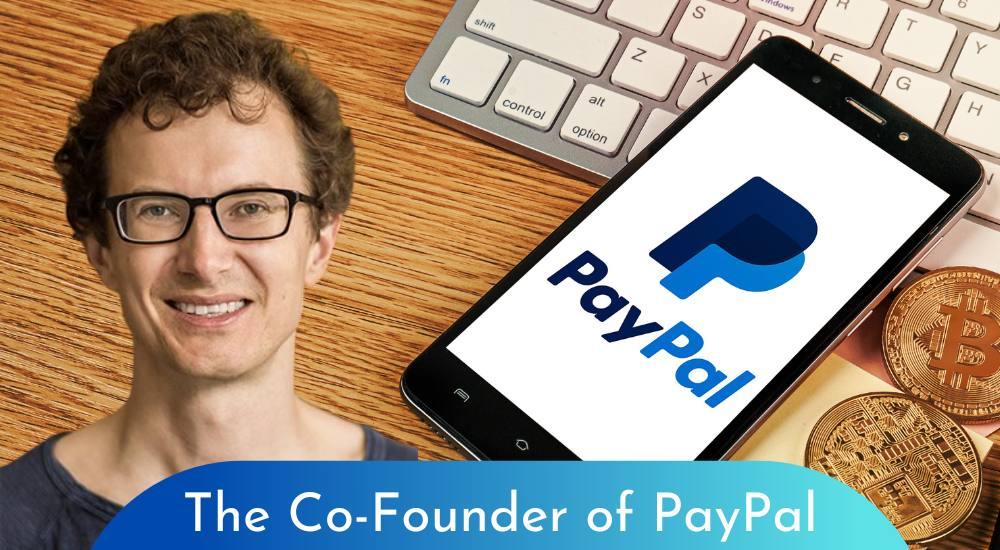 The co-founder of PayPal is no other than LUKE NOSEK (Łukasz Nosek). He, along with other prominent figures, such as Peter Thiel, Ken Howery, Max Levchin, and Elon Musk, co-founded this everyday-use payment system. If you have reached here, you must be curious to know everything about him.

This blog has been brought up to help you know about LUKE NOSEK, including Luke Nosek’s Net Worth, career, wife, family, children, and other personal things. Just keep reading the article, and feel free to share your thoughts:

There are several things to know about Luke Nosek. However, below mentioned are just the factual things you wish to learn.

Who is Luke Nosek?

Luke Nosek is a Polish-American entrepreneur and venture capitalist, born in Tarnów, Poland. He is popularly known for being one of the co-founders of PayPal.

He obtained a B.S. in Computer Engineering from the University of Illinois at Urbana-Champaign after migrating to the US.

He co-founded SponsorNet New Media, Inc. with his friends Max Levchin and Scott Banister in the summer of 1995 while studying in the University of Illinois.Nosek then worked for Netscape.

Nosek co-founded Paypal in 1998 along with Max Levchin, Peter Thiel, Elon Musk, and Ken Howery. Till 2002, he was the vice president of marketing and strategy of PayPal, afterwards the company was sold to eBay for $1.5 billion.

Since then, Nosek has focused on investing in tech startups and other cutting-edge businesses while working as a venture capitalist at Founder’s Fund and Giga fund.

Nosek claims that he was the first institutional investor made by Elon Musk’s SpaceX, whose advancement is “essential to the human race”.

Nosek was also the initial investor in Geni, the company founded by David Sacks, the COO of PayPal, which later spun-out Yammer (bought by Microsoft in June 2012 for $1.2 billion).

He is known for being a futurist, particularly because of his enthusiasm for cryogenic suspension. He is a passionate yoga student who meditates every day and travels many times in a year to deepen his studies.

It is unknown if Nosek is married, whether he has a second long-term partner or spouse, or whether he has children. He is not currently known to be romantically involved with anyone.

What is Luke Nosek Known for?

Luke Nosek is most renowned for being a PayPal co-founder.That implies that he joined PayPal on its founding day among other powerful leaders like Max Levchin, Elon Musk, and Peter Thiel.

Nosek served as the organization’s vice president of strategy and marketing from 1998 until his resignation in 2002, following the company’s acquisition by eBay.

The “instant payment” feature and the PayPal bonus programme, two of the new product’s core features, were created by Nosek when he was working at PayPal.

Luke Nosek is seen as a futurist or as someone who ardently promotes the development of futuristic technologies, like several other PayPal Mafia members.

This is demonstrated by the fact that he was the first institutional investment in Elon Musk’s SpaceX and by his interest in cryonic suspension, which comprises freezing a person’s body after death in the hope that they may be resurrected in the far future and brought back to life.

Peter Thiel, a fellow co-founder of PayPal, signed up to be placed into cryonic suspension after his own death at Nosek’s urging.

Other Works and Achievements of Luke Nosek

Nosek received the Young Alumni Achievement Award from the University of Illinois Urbana-Champaign in 2011 in honour of his “visionary inventiveness” and “outstanding leadership” in internet and other high-tech firms.

Nosek was also given a spot in the university’s alumni hall of fame.Luke Nosek hasn’t written any novels or other long pieces of writing, but while at the Founders Fund, he did contribute to one.“What Happened to the Future?” is the title.

Nosek and his friend Max Levchin, a future co-founder of PayPalfounded an advertising firm named SponsorNet New Media, Inc. with the help of students of University of Illinois Urbana–Champaign.It was first step into the realm of tech startup entrepreneurship for Nosek.

Although, the company was a failure. Both Nosek and Levchin didn’t made anything from the company throughout its entire operation(1994-1995).

After earning a B.S. in Computer Science from the University of Illinois Urbana-Champaign, Luke Nosek relocated to California and began working for the web browser and computer technology company Netscape(1997-1998).

In 1998, after resigning from Netscape, Nosek along with his friends, Max Levchin, Elon Musk and Peter Thiel started a new company. Initially the name of company was “Confinity” but later on its success the name changed to PayPal.

Nosek went back to Silicon Valley in 2006.Instead of concentrating on creating new products and technologies on his own, Nosek and other PayPal cofounders Ken Howery and Peter Thiel formed Founders Fund(2006-2017), an investment firm.

According to a long manifesto titled “What Happened to the Future,” the new firm’s investment philosophy was aggressive and occasionally controversial, but given that it invested in the early stages of Facebook and other successful Silicon Valley businesses so it is difficult to claim it was a failure.

Nosek left his position as a founding partner of Founders Fund in 2017 and launched his new investment company, Gigafund (2017-present). Like Founders Fund, Gigafund is a firm believer in the ability of technology to improve the world’s overall condition.

Q.Who were the original founders of PayPal?

Q. Does Elon still own PayPal?