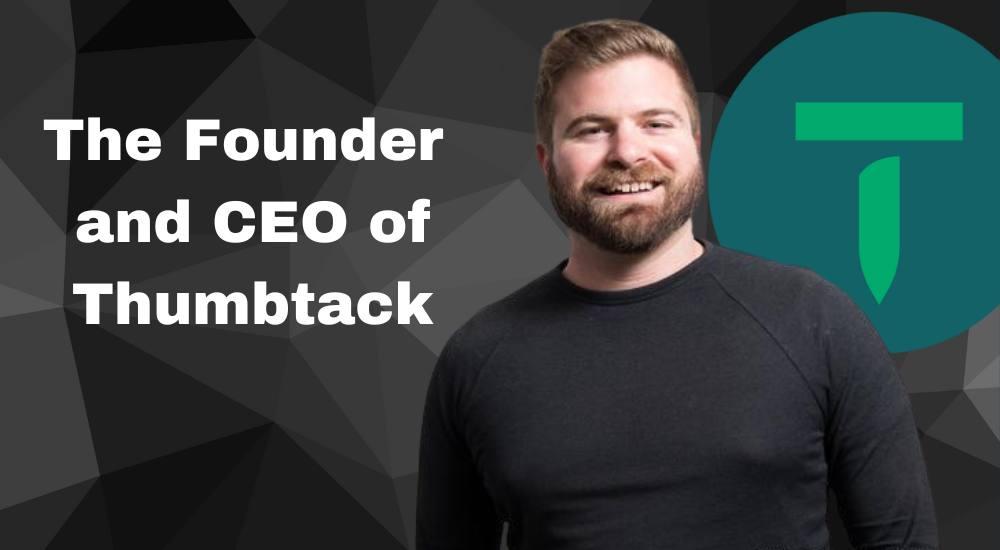 Marco Zappacosta is a well-known entrepreneur of America. He is famous for being a co-founder of the company Thumbtack. Currently, he is serving as the CEO of Company.

Read this article to know about the personal and professional life of Marco Zappacosta.

Zappacosta was born in 1985 in Stanford, California but he was nurtured in Menlo Park, California. His father, Pierluigi Zappacosta is an Italian businessman who is the chairman of Faro Ventures.

In 1970s, his father emigrated to the United States and co-founded Logitech, a Swiss-American multinational manufacturer of computer peripherals & software.

Marco Zappacosta studied at Columbia University and earned a political science bachelor’s degree there in 2007. During his college days, he was the director of a non- profit activist organization named “Students for Saving Social Security” (S4) in Washington, D.C.

S4 was established in March 2005 with the goal of allowing personal savings accounts under the Social Security system. By 2008, the group had more than 11,000 members and a network of more than 300 campus chapters.

Although, Zappacosta’s father and mother both were an entrepreneur, but they never influenced, forced or nurtured him to become a businessman. In fact, initially Zappacosta wanted to became a research scientist.

When he was in college, he was very excited to study neuroscience and pursue it as a career but after spending a summer in a lab, he found that it was made for him.

Later, he had the concept of developing an online marketplace that would connect service suppliers with clients. He founded Thumbtack in 2008 along with Jonathan Swanson, Jeremy Tunnell, Sander Daniels, and two other S4 directors.

How did Marco Zappacosta Started his Career by Founding Thumbtack?

Since Zappacosta was raised by business owners in Silicon Valley and knew from an early age that a profession like this was possible. It all started when he was a boy and would sit around the dinner table chatting to his parents about their work.

Thumbtack is currently the market leader in its field, simplifying the $500 billion home services industry online and serving clients and providers from every ZIP code in the country. Through eight investment rounds and the support of 34 investors, the company has raised $698.2 million in capital.

However, Thumbtack has grown to some incredible heights, just like every other Businesses, Zappacosta worked day and night to achieve this.

In the beginning, Marco Zappacosta and his colleagues scraped Craigslist in hopes of building an online directory of licensed service providers with their images, reviews, and information.

Jason Calacanis, an angel investor liked the idea and concept of Zappacosta. That’s why he became ready to become the very first person to invest in the startup.

After nine years and 25 million requests from Thumbtack’s more than 1,000 job categories, Zappacosta oversaw the company’s development and rollout an instant matching function that automates and streamlines the booking process between clients and professionals.

Thumbtack and Yelp are the two sites with the most professional listings as of 2021, with a combined valuation of $3.2 billion.

What Is Marco Zappacosta Net Worth?

A recent Forbes and industry insiders research determined that Marco Zappacosta’s estimated net worth is greater than a few million dollars roughly. Currently, he has a net worth of $5.5 Million.

Marco Zappacosta is not very famous like other celebrities but not less than them. Day-by-Day his popularity is increasing across the globe.

To reach at this height of success he came a very long way. His contributions to the public and media are impressive. It takes a long time to get at that stage.

For those who adore him, he has evolved into a hero. He is not just a well-known star; he is also a good person. Because of his accomplishments, he has become an inspiration to the younger generation.

Q. What is the Net Worth of Marco Zappacosta?

Q. Who is Marco Zappacosta’s Wife?

Ans: Although, there no official data of his marriage but he is dating to Kat Doyle.

Q. What is the Father’s name of Zappacosta?