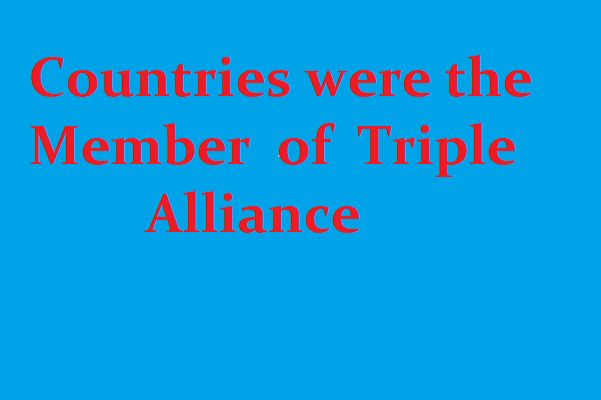 Countries were the Members of Triple Alliance

Triple alliance was the military alliance (pact between the three countries) between Austria-Hungary, Germany and Italy. These countries were the members of triple alliance. It was lasted from 1882 until the start of world war 1 in 1914. World war-I was started between the Triple alliance and triple Entente (United Kingdom, Russia and France) in 1914. Bismarck was the man behind the formation of triple alliance. It was formed so that they could help each other when any country of the great power attacked on them. According to the treaty, Germany and Austria-Hungary would assist the Italy on attack by the France. Italy would assist the German on being attacked from France. But, in case of attack between Austria-Hungary and Russia, Italy promised to remain neutral. Italian people were not happy from the alliance because Austria-Hungary was the old enemy.

Triple alliance had positive as well as negative points. The positive point was that it included two powerful nations. They were encircled by the triple entente was their negative points because the Germany would have to divide its troops in two parts and it would weaken the Germany power. Before the formation of Triple alliance, Dual alliance was formed in between the Austria-Hungary and Germany. Later, Italy joined the alliance. 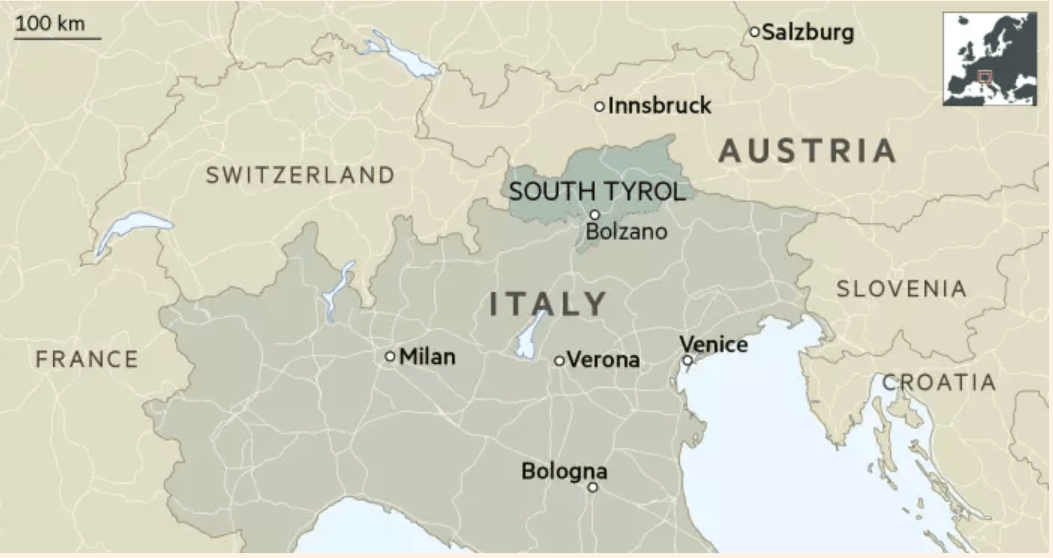 Austria-Italy Relations in the World War-I, as These Countries were the Members of the Triple Alliance

Austria had a great influence on the Italy territory. It had captured some Italian speaking territory. Some Italian nationalists were interested in recapturing or having claims on some of that territory. Italy influenced the culture of the Austria, architecture, and cuisine. Many artists and architects like Santino, Solari, Martino etc. worked and contributed to the Baroque in Austria and Salzburg

After the Congress of Vienna, Austrian control of the Kingdom of Lombardy-Venetia, with its key cities of Venice and Milan. It created the conditions in which Italian nationalism and Austrian interests clashed in the three Wars of Italian Independence between 1848 and 1866.

Tensions remained throughout the 1870s as continued Austrian rule over Italian inhabited lands such as in Trentino and Istria. It inflamed Italian nationalism which in turn threatened Austrian integrity. As of, the Austrians built further ramparts along the Italian border.

Despite entering into the Triple Alliance of 1882 (along with Germany), areas of clashing interest remained. Italy’s improving relations with France for the Italian interests in the Balkans. Mutual suspicions led to reinforcement of the frontier and speculation in the press about a war between the two countries into the first decade of the twentieth century.

During World War I, Italy fought against Austria–Hungary despite their defensive alliance signed some decades earlier. By World War I’s end, Italy emerged victorious and gained new territories from Austria.

Italy Neutrality at the Beginning of the World War-I

Italy left the alliance in 1915 and started to fight against the Austria-Hungary and Germany.

1. France conquest the Tunisia in 1881 that arose rivalry between them. And, Italy’s enmity with France was the only reason to join the Triple Alliance. Italy had no chance of getting Tunisia by keeping neutral.

3. Italy played a diplomatic role in the World War-I. According to Italy, they did not want to be in war with the Great Britain. It made a secret agreement with France in 1902. Italy made out point with the France that although it is a member of triple alliance, but not in a mood of war with you.

2. Austria-Hungary declared war on Serbia. Where, Germany declared war on Russia and on France. But Italy decided to stay neutral. The justification of Italy of beings neutral is that the Triple Alliance was the defensive pact. Austria-Hungary and Germany took the offensive step and arguing that Triple Alliance is defensive in nature and Austria and Germany’s aggression did not obligate to take part.

When the World War-I broke out in the summer of 1914, Italy decided to remain neutral in offensive act of Germany and Austria (Italy, Germany, Austria -these countries were the members of triple alliance). Despite Italy was the member of so-called Triple Alliance alongside Germany and Austria in 1882. Their leaders and representation considered the war very carefully how to gain the greatest benefit from the participation in the war. The decision to join the war with Triple Entente was largely based on the agreement (Treaty of London) signed in 1915. Italy got assurance to control over territory on its border with Austria-Hungary stretching from Trentino through the South Tyrol to Trieste. In addition, to control over the territory of Ottoman Empire, Adriatic coast of Austria-Hungary, Albanian port city of Vlore etc.

Italy declared war on Austria-Hungary, on May 23, 1915. Upon declaring war, Italian army advanced towards the South Tyrol and Isonzo river, where Austrian troops met them with stiff defense. The snowy and treacherous terrain made the region poorly suited for the offensive operation.

By late 1917,  Italians and Austrian losses many casualties with little progress.  In late October 1917, German intervention helped Austria-Hungary a spectacular victory over the Italians in the Battle of Caporetto (also known as the Twelfth Battle of the Isonzo). Italian forces suffered almost 300,000 casualties. The defeat sparked a crisis in Italy,.After Caporetto, Italy’s allies jumped in to offer more assistance, as British and French—and later American—troops soon arrived in the region, and the Allies began to take back the initiative.

You can also go through a worth information here.